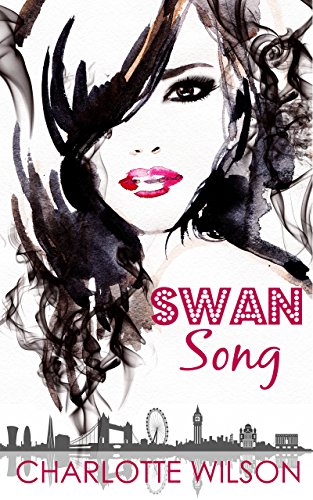 When iconic ballerina Beatrice Duvall died, a nation mourned – and a legacy was born. Sixteen years later, her daughter Ava comes to London to take part in a high-profile tribute to Beatrice, and to learn about the mother she never knew.

There’s just one snag: the tribute is a ballet, Swan Lake. Which is infinitely painful for Ava, because she can’t dance. Won’t dance. Not since she quit the Royal Ballet School last year and walked away from everything that defined her.

But this is London, colourful and crazy, and with actor Seb at her side, there’s so much to discover. Like Theatreland razzmatazz and rooftop picnics and flamingo parties. And a whole load of truths Ava never knew about her mother – and herself.

When the time comes to take the stage, will Ava step out of the shadow cast by her mother’s pedestal? And who will be waiting for her there, in the bright lights?

DISCLAIMER: I received a copy of this book from the author in exchange for an honest review

While Swan Song didn’t blow me away, I really appreciated that this was first and foremost about Ava and her grief for the mother she had never known. She knows barely anything about her mother, so when she’s in London for her mother’s tribute she also takes that opportunity to go to all the places that meant something to her mother. This was really the most powerful aspect of the book, especially when Ava finally ‘finds’ her mother and connects to her. It’s heartbreaking to read about every time she doesn’t feel anything and very relatable to see Ava avoid her grief.

Because it hurts. Not the way it should. Not because I found an echo of my mother resonating through time; not because I stood on a pavement where she’d once stood and suddenly she was real, there with me, and I could feel her. Because I felt nothing.

While in London Ava stays with her mom’s best friend Thisbe and her son Seb, who have taken her in like she’s one of their own, which was heartwarming to read.Seb is Ava’s love interest and does play a big part in the book, but it never overshadows her own journey of self discovery and finding her mother. They start out as friends and the relationship is built at a regular pace. There is a misunderstanding at some point, but it isn’t dragged out and is resolved realistically.

I do wish Ava’s father had played a bigger role, but plot-wise it made sense why he didn’t and it was realistic. All the other characters Ava meets are all interesting and add something to the plot and/or Ava’s growth. I also liked that there’s no antagonist – in a way Ava is her own antagonist.

I do want to talk about something that could be considered a spoiler:

One of the characters is bipolar, which is revealed in a chapter titled ‘A bit cuckoo?’. That title actually refers to another character talking about themselves, but from the way the previous chapter ended it sounded like this was about the bipolar character. This was just an unfortunate mistake, but I wanted to point it out if like me you’d get really mad at seeing that chapter title, because it has nothing to do with that character.

All in all it was a fun and cute read, sometimes emotional and overal it could be considered a powerful read, but something was missing for me. Maybe it wasn’t emotional enough? I really can’t put my finger on what it is, but it’s definitely worth the read.

Have you read Swan Song? Any books about grief that you’d recommend to me? Let me know in the comments!

9 thoughts on “Swan Song // A Story About Overcoming Your Grief, Finding Yourself and Ballet”