So it turns out that I never got around to wrapping up August, which means I’ve got a lot of wrapping up to do. On the personal front I already did that here, so this post will only focus on the books. Considering I’m wrapping up 4 months this might be a long one. I started this post in December, so now I also have to wrap up December but this will be long enough already so I’ll wrap up December at some point.

💛 Two Spells by Mark Morrison ⭐ – Really not a fan of this one despite its cool premise (a magical library and you can actually go inside the books? Sign me up!) but I was incredibly bored. Read my review here

💛 Ace of Shades by Amanda Foody ⭐⭐⭐⭐ – Loved this one! It took me a while to read this because of my stupid reading slump, but I have a feeling that if I were to reread this when I’m in the mood for fantasy, it would be a solid five star read. Political intrigue, interesting world building, a soft black bi boy who’s the leader of a gang and a naive girl who seems like a goody two shoes at first but is actually a very cunning? Yes please

💛 Honey, Baby, Sweetheart by Deb Caletti ⭐ – So this was a major disappointment. I thought this would be a really powerful read about abusive relationships while also having a fun road trip on which they try to reunite two old lovers but well I got none of that. The writing was terrible, the abuse was barely touched upon, the characters were annoying, there was lots of (slut)shaming of other girls… It was just one big mess. Read my review here

💛 Sadie by Courtney Summers ⭐⭐⭐⭐⭐ – It’s been months and I’m still not over Sadie. To quote my review: Sadie is not a happy story, but it’s an important one. It’s not just the story of Sadie and Mattie, it’s the story of all the girls in the world who end up dead or missing simply because they’re girls. Throughout the entire book I just wanted to cry, because even though the story of Sadie and Mattie is fictional, it’s so so real. If you haven’t picked this one up yet, I definitely recommend it. Read my review here

💛 To All The Boys I’ve Loved Before Trilogy by Jenny Han ⭐⭐⭐⭐⭐ – I’ve wanted to reread this trilogy for the longest time (pretty much since I finished it last year) and with the movie coming out, this felt like the perfect time to do so. I’m happy to say I loved this just as much as last time, if not even more.

💛 Ultra Maniac volumes 1 – 5 ⭐⭐⭐⭐ – Very cute and fun story about two best friends, one of them being a witch, which of course gets them in all sorts of trouble

💛 Bonjour Girl by Isabelle Lafleche ⭐ – Welp this was a disappointment. I was so excited about this one as it sounded like a cute yet important contemporary. The main character (half-French and Half-Chinese) wants to be a fashion blogger who fights for diversity and inclusitivity in the fashion industry. Ironically the book itself is barely diverse (apart from the MC there is a stereotypical flamboyant gay boy and a girl in a wheelchair, the latter being a very minor character) and I often even forgot that the MC was half-Chinese, while it was impossible to forget her French side since that was brought up constantly. It was also just not very well-written. Read my review here

💛 A Thousand Perfect Notes by C.G. Drews ⭐⭐⭐⭐⭐ – ATPN had been on my shelf pretty much since it’s release, but it took me a while to pick up since I was a bit nervous about it. Since I love Cait’s blog, obviously I wanted to really love her book, but what if I didn’t?? Despite loving all of her writing snippets she shares?? Turns out I had nothing to worry about. ATPN is beautifully written and resonated with me so much.

💛 Scythe by Neal Shusterman ⭐⭐⭐⭐ – Uhhh I honestly don’t remember that much? Maybe it’s because I read Thunderhead (the sequel) last month so now I’ve got that one on my mind. I do think this one was better than Thunderhead though. I skimread Thunderhead a bit as I got bored and found it too long, whereas I wanted to keep on reading Scythe and find out what would happen next. Maybe Thunderhead suffers from second book syndrome? We shall see once the third one comes out.

💛 Hearts Unbroken by Cynthia Leitich Smith ⭐⭐ – This one had potential, but unfortunately I think this still needed some editing. It didn’t really focus on the main plot as much as it focused on the MC pursuing different stories for the newspaper that didn’t add anything. If it had focused more on the backlash the school musical was getting for their inclusive casting it would’ve been a much stronger story. Read my review here

💛 My Whole Truth by Mischa Thrace ⭐⭐⭐⭐⭐ – Yes hi this book broke me. Let it break you too! I promise it’s worth it. Although it can be triggering, so in that case you might not want to pick it up. My Whole Truth is a powerful look on rape culture, the justice system and sexism. I couldn’t stop reading but also wanted to stop at the same time. Thankfully the MC has amazing friends and a kickass lawyer that not only kept her going, but also me as a reader. There’s also a cute and beautiful f/f romance. Read my review here

💛 The Wendy by Erin Michelle Sky ⭐ – Not much happened, flat characters, boring. Could’ve been an interesting Peter Pan retelling but nope.

💛 Wild Beauty by Anna-Marie McLemore ⭐⭐⭐ – I’m?? So disappointed?? I really wanted to love this one because?? So many bi women?? Plus magical?? Plus I read a short story written by McLemore… at some point in the past I have no idea if that was in 2018 or 2017 who even knows 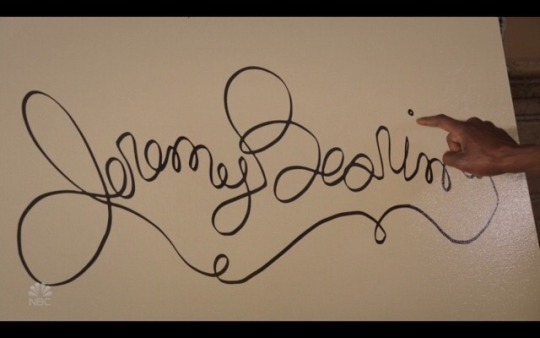 Anyway! I loved that short story so I was even more excited to read Wild Beauty. But unfortunately it took me forever to read this, put me in a reading slump and bored me. There was a lot of potential and I guess it was beautifully written, but also I had no idea which cousin was which. I barely got to know any of the characters and didn’t really care for them either.

💛 The Echanted Sonata by Heather Dixon Wallwork ⭐⭐⭐ – This was cute! As a kid I really loved the story of The Nutcracker, which this is a retelling of along with The Pied Piper of Hamelin. The main couple had some cute banter which I’m a sucker for, but I was a bit bored at times and I wished we didn’t see through the eyes of so many characters, as that took away the surprise a bit. Full review coming soon as this was an ARC and I’m very late already woops

💛 Percy Jackson and the Olympians by Rick Riordan ⭐⭐⭐⭐⭐ – I’ve wanted to reread this for the entire year so badly, and I’m so glad I finally got around to it. It was like coming home and I was filled with all these warm and fuzzy feelings . I really want to reread Heroes of Olympus now as well but I’ve been spoiled for something that happens in The Burning Maze and now I lowkey don’t wanna reread HoO because it will h u r t

And that’s a wrap! It feels good to have FINALLY wrapped these months up, even though I’ve barely reviewed any of these books. While it’s a shame because I want to shout about my favourites among these, I also don’t want to pressure myself, especially with my burn-out. I can definitely see myself rereading them though, so I might review them once I’ve reread them. We shall see.

Have you read any of these? Do you share my opinions, or are you about to come for me because I hated on your fave?* Let me know in the comments!