The second Artsy Hufflehoe! Maybe this is finally a ‘monthly’ feature that I will actually do every month haha

Since it’s Pride, I had to make The Artsy Hufflehoe a Pride edition this month. I chose six artists because I didn’t want this post to get too long, six artists equals six colours in the rainbow flag and it’s not like I won’t share more LGBTQIA+ artists in future posts.

There’s a big chance you’ve heard of Frida Kahlo, but did you know she was bisexual? I sure didn’t! I only found out a little while ago as I researched her for a post on International Women’s Day (not for this blog, but for the Blikopeners Tumblr. You may know I work as a Blikopener at the Stedelijk Museum in Amsterdam. Blikopeners are teens between 15 and 19 (unless like me you turn 20) who try to get other youth intersted in art, give tours, help with/organise workshops and events and some other cool stuff. So when you click on that link it will take you to our (Dutch) Tumblr)

I didn’t know much about her before that, though I did like the art that I had seen of her. After reading up on her I fell in love. She is such an icon: a feminist fighting against gender stereotypes (by smoking, boxing, winning tequila challenges from men and dressing as a man in family portraits) and racism and intolerance. She painted about themes like abortion, miscarriages, childbirth and breastfeading, which were often ignored or seen as taboo.

She was very open about her bisexuality, which was also seen in her work. Like her painting ‘Two Nudes in a Forest’, which shows two naked women, who are sitting next to each other on the ground. One of them is resting her head on the lap of the other. Frida gave the painting to her girlfriend Dolores del Rio.

Okay guys, I’m in LOVE with Josephine Baker. She’s such a badass?? She’s well known as a dancer, singer and actress, but you know what else she was? A spy during World War Two.

Baker had openly supported Mussolini’s invasion of Ethiopia, so the Axis Powers (Germany, Italy and Japan) thought she was ‘one of them’. Baker used this to her advantage. Naturally she brought sheet music with her when she went on tour in Europe, but on a lot of those sheets were hidden messages written in invisible ink. She could also smuggle lots of stuff, like pictures of German military installations pinned to her underwear, because her baggage was never thoroughly checked. Because of her work as a spy she became a lieutenant in the Free French Air Force. After the war she received the Croix de Guerre (which was the first time an American Woman received it) and the Medal of Resistance. Like Frida she also fought against racism.

Another fun fact: Frida and Josephine had a relationship

Cassils – gender non-conforming trans masculine (they, them, their)

Seen as one of the ‘ten transgender artists changing the landscape of contemporary art’ by the Huffington Post, Cassils got international recognition by using the body as a form of social sculpture. With their body as a sculpture, they fight the gender binary. Their art offers shared experiences of violence, representation, struggle and survival, often accompanied by immediacy, urgency and the transience of live performance.

Cassils doesn’t portray transgender as ‘crossing from one sex to another’, but as a continual process of becoming. Inspired by conceptualism, feminism, body art, gay male aesthetics, Cassils creates a serie of powerful, trained bodies for different performantive purposes. With sweat, blood and muscle strenght, Cassils creates a visual critique surrounding ideologies and histories.

Basically I’d  recommend you all to take a look at their website, because their work is really cool and powerful. My favourite is 103 Shots, based on the Pulse Shooting. It’s very powerful and emotional.

Look at that another artists I’m currently obsessed with – who am I kidding, I’m obsessed with all of the people on this list. Maybe a little bit more with Zanele because her exhibition at the Stedelijk will open soon and I can’t wait. My wallet is scared though because I NEED BOOKS ON HER.

Why you ask? Well I’m glad you asked *finger guns*

Zanele Muholi is a photographer and visual activist. Her mission is ‘to rewrite a black queer and trans visual history of South Africa for the world to know of our resistance and existence at the height of hate crimes in SA and beyond’.

In her photography she researches, documents and depicts the black LGBTQI identity of contemporary South Africa. In her most recent series ‘Somnyama Ngonyama’ (Hail the Black Lioness) Muholi herself is pictured capturing the multiple roles that she assumes as a black lesbian woman. Through the high black-white contrasts in her pictures she emphasises her ‘blackness’ (the picture above is a part of this series).

If you happen to be in Amsterdam between July 8th and October 15th, you’ll be able to catch her exhibition at the Stedelijk. So grab that opportunity! (I know it sounds like I’m promoting the museum where I work but I promise I just want everyone to support Zanele’s work)

Mickalene Thomas is an American feminist, filmmaker and artist. She explores ideas around beauty, race, sexuality, gender and feminity. In her work she shows that every body is beautiful. She is famous for her paintings depicting the sensuality of African-American women. She also depicts powerful (black) women such as her mother, celebrities and iconic art-historical figures, like Michelle Obama. This portrait is considered to be Michelle’s first solo portrait.

For some reason her site doesn’t work for me? I don’t know if that’s just my computer or if that’s the case for everyone, but you can also google her work which I obviously recommend. My favourite (probably? My favourites always change when it comes to art) is ‘Le déjeuner sur l’herbe: les trois femmes noires’, a photograph in which she recreated Manet’s ‘Le déjeuner sur l’herbe’ 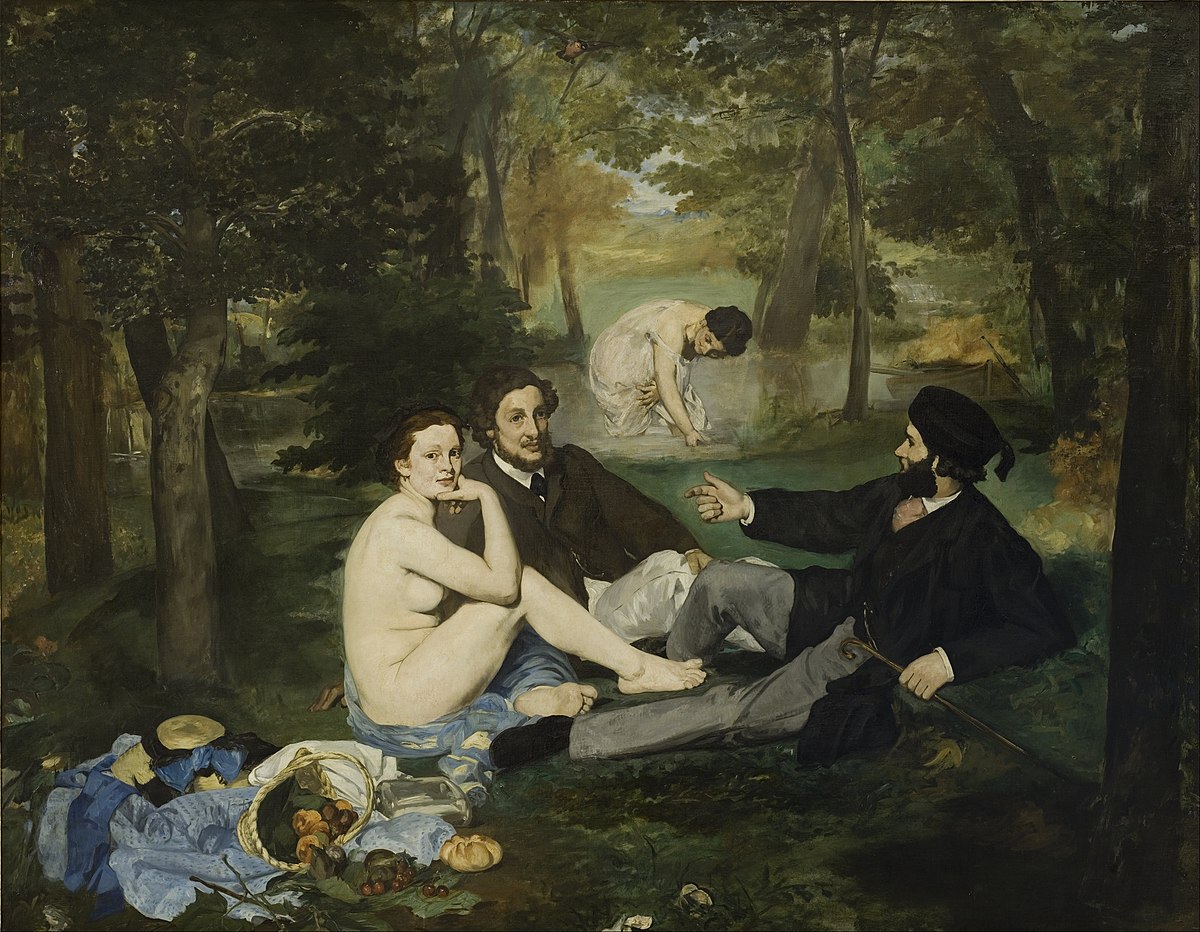 Amos Mac is a photographer who captures striking and playful images of gender non-conforming people, capturing their entire beings rather than solely their gender identities. His work is often colourful and abundant. Instead of examining transgender bodies or documenting transition, he wants to show the wholeness of his subjects.

I can’t pick a favourite, so just take a look at his website and look at all that beautiful photography. Seriously, all the series are worth it so I can’t choose. I was about to say ‘especially this series’ but um no I can’t choose. Sorry to disappoint, you’ll just have to look at all of them but it’s worth it I promise.

That’s it for now, but I will definitely share more in future posts. Now excuse me while I fangirl about all of these amazing artists and people

Any artists that you think I should know about? Let me know in the comments!