I don’t know how it happened, but recently I suddenly envisioned Cath from Fangirl as a Pop! Funko and it was the cutest thing. I’d draw it but I’m lazy and it’d take up waaaay to much time (and I don’t have that much time). Inspired by this ‘vision’ though, I decided to list some bookish Pop! Funkos I need in my life that I will probably never get, unless they’re turned into a popular movie/tv show (which would be awesome without the Funkos of course).

Starting with the book that inspired this post, a Cath Pop! Funko would be adorable. Can you imagine little Cath, wearing her Carry On Simon T-shirt and cardigan, a copy of Simon Snow in her hand? ‘Cause I can.

In addition Levi and Reagan would be adorable too, and while I can’t really picture Wren (maybe a reread is due – not that I need an excuse to reread Fangirl) I know she’d be cute as a Pop! Funko

Carry On by Rainbow Rowell 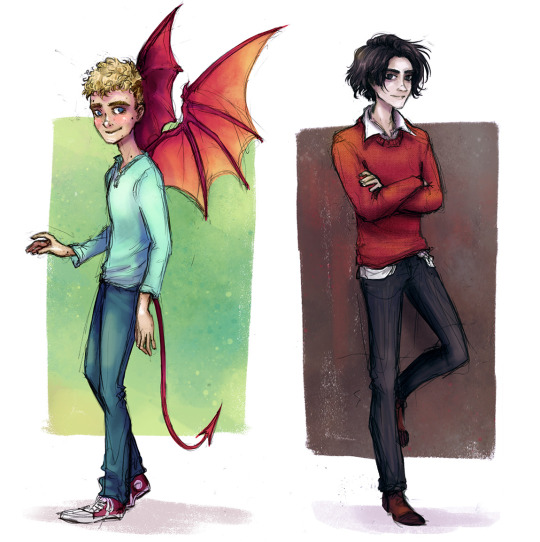 And obviously I need Snowbaz as Pop! Funkos as well. I need them because of reasons. And of course I need Penelope and Agatha to finish the squad (I know almost everyone hates Agatha but I really don’t. Also her Pop! Funko needs her dog Lucy).

Percy Jackson and the Heroes of Olympus

Duh. I need my favourite demigods to stand in front of my Percy Jackson and Heroes of Olympus books. Preferably with cute objects that fit them. Percy with blue pizza in his hand (or other food, as long as it’s blue) and Riptide in the other; Annabeth with her dagger and laptop/a book; Grover I dunno holding a flower? He’d be cute either way; Jason wearing his dorky glasses; Leo with his tool belt and a wrench or other tool in his hand (maybe a flame in his other or is that too much to ask?); Piper with her dagger; Hazel with gems; Nico with a Happy Meal; Frank half transformed in preferably a cute animal like a panda (Frank is like a panda or a teddy bear, don’t fight me on this); Reyna just looking badass, maybe riding her Pegasus Scipio; Rachel holding a paintbrush and the infamous blue hairbrush; and of course Tyson and Ella and… I could go on because I want all the characters (well except Smelly Gabe). BUT HOW AWESOME WOULD THESE BE.

I need the Rampion Crew as Pop! Funko guys (including Iko of course. It was really hard to find good fan art of the entire crew, and for some reason I couldn’t find any with Iko in it. Is it too greedy to ask for android Iko and escort-droid Iko). I need them. Like air (okay not like air or I would’ve died already but you get what I mean). They would make such great, distinctive and adorable Pop! Funkos and I want to cry because unless the books are adapted for film/tv (preferably the latter) they will never exist and I need them. Can we start a petition for bookish Pop! Funkos so that they know they’re in demand and will sell well please. Oh and since they made a Hogwarts Express and the couch from Friends (or they’re making it, I don’t know if it’s out yet) can we get the Rampion itself too.

Shadowhunters has the most chance of getting their own Pop! Funkos because of the tv show. If it does well and becomes more popular, who knows? Obviously the Pops will look like the actors and I’m 100% down for that. THEY’LL BE EVEN MORE ADORABLE. How will they capture Matthew Dadario’s beauty in Pop! Funko form though. Oh and they better not leave out Luke (he’s a main character thank you), Raphael and Lydia.